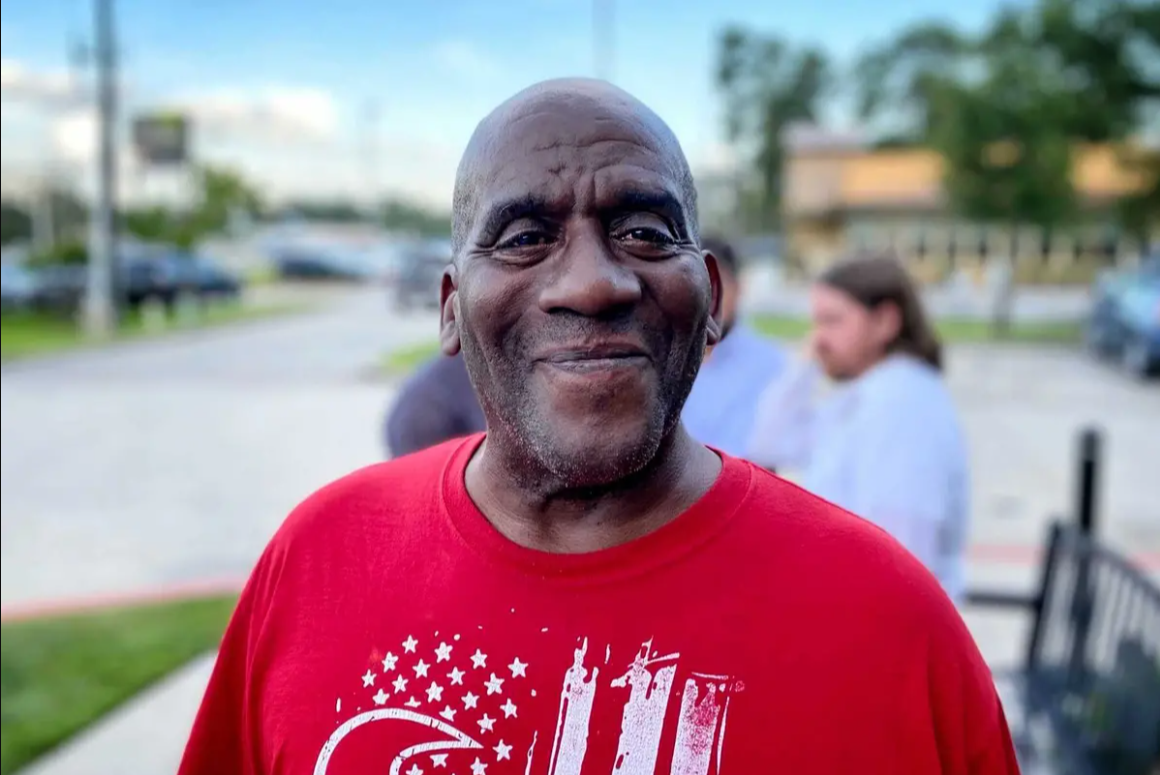 Voter fraud charges against Hervis Rogers, who garnered widespread attention for waiting hours in line to vote at a Houston polling location during the March 2020 presidential primary, have been dismissed.

Attorney General Ken Paxton ordered Rogers’ arrest in July 2021 on charges that he voted while on parole. Over a year later, after the Texas Court of Criminal Appeals reiterated that the attorney general doesn’t have the ability to unilaterally prosecute election crimes, a district court judge has dropped the two counts of illegal voting against Rogers.

“I am thankful that justice has been done,” Rogers said in a statement.

After serving time for a 1995 burglary conviction, Rogers had been out on parole since 2004. His parole ended in June 2020. In Texas, knowingly voting while on parole or probation is a second-degree felony, which could result in up to 20 years in prison. But Rogers said he wasn’t aware of his ineligibility, and advocates pointed to the fact that he had waited for six hours to vote — while working two jobs, including one that starts at 6 a.m. — as evidence of this.

Rogers is over 60 years old, so a conviction could have resulted in what amounted to a life sentence.

“It has been horrible to go through this, and I am so glad my case is over. I look forward to being able to get back to my life,” he added in the statement.

Over the past few years, Paxton’s office has made prosecuting voter fraud a key focus, though there is no evidence of widespread fraud in Texas. A 2021 analysis from the American Civil Liberties Union of Texas also shows that over 70% of voter fraud cases brought by his office targeted Black and Latino people, particularly women.

Paxton’s office did not immediately respond to a request for comment.

The ACLU of Texas also worked on Rogers’ case.

“We honestly were relieved and so happy that Mr. Rogers was able to put this traumatic ordeal behind him,” said Tommy Buser-Clancy, an ACLU of Texas senior staff attorney.

The state Legislature passed a bill in 2007 that would have required the Department of Criminal Justice to notify people who used to be in its custody about their voting eligibility, but then-Gov. Rick Perry vetoed it.

“He never should have been prosecuted in the first place,” Buser-Clancy said of Rogers.

Disclosure: The ACLU of Texas has been a financial supporter of The Texas Tribune, a nonprofit, nonpartisan news organization that is funded in part by donations from members, foundations and corporate sponsors. Financial supporters play no role in the Tribune’s journalism. Find a complete list of them here.

This article originally appeared in The Texas Tribune at https://www.texastribune.org/2022/10/21/texas-voter-fraud-case-ken-paxton-hervis-rogers/.

The Texas Tribune is a member-supported, nonpartisan newsroom informing and engaging Texans on state politics and policy. Learn more at texastribune.org.

By Saad SEONovember 10, 2022NewsLeave a Comment on Voter fraud charges dismissed against Hervis Rogers, Houston man who waited hours to vote in 2020