The pilot’s condition is unknown after a reported malfunction forced them to eject. 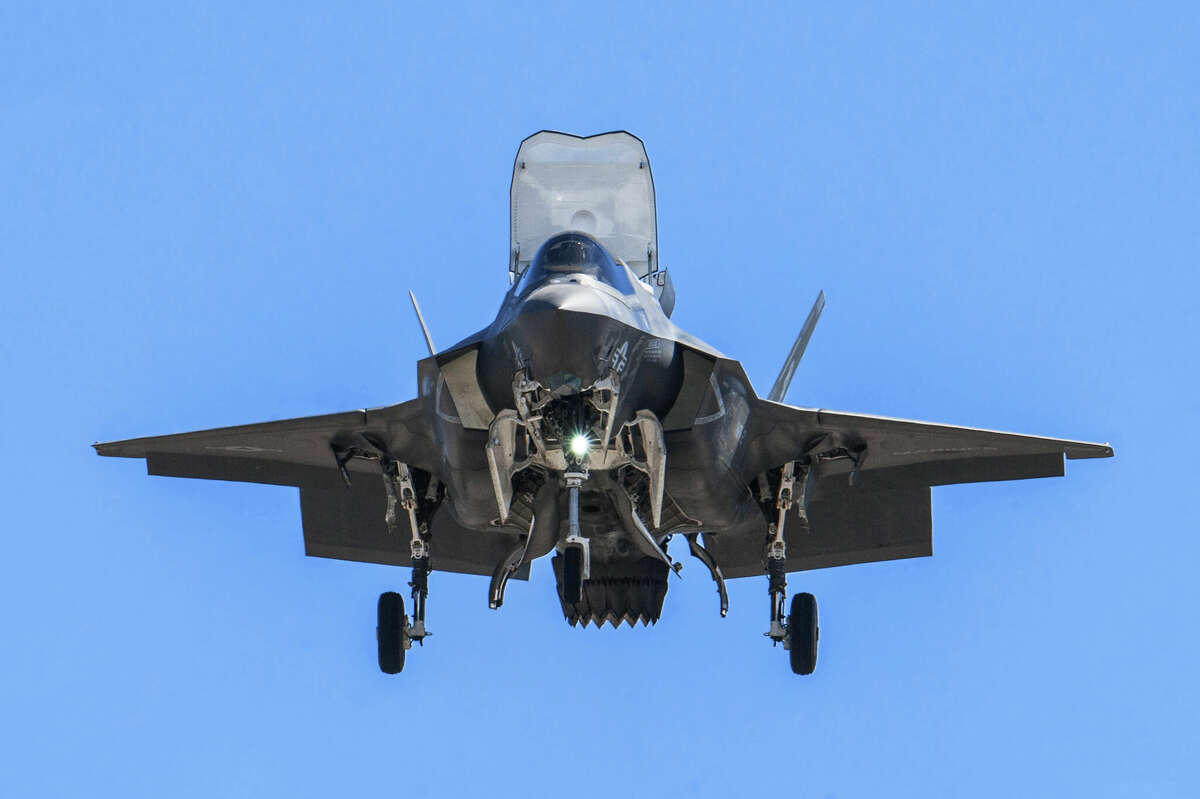 The pilot’s condition is unknown after a reported malfunction forced them to eject.

The pilot of a Lockheed Martin F-35 fighter jet was forced to eject from his aircraft during a crash landing at a Dallas-area Navy base Thursday morning, according to NBC 5.

The crash occurred at the Naval Air Station Joint Reserve Base in Forth Worth, Texas Thursday morning. Navy Police and Lockheed Martin officials called local police to the airstrip around 10:15 a.m., according to NBC 5.

Area police chief Christopher Cook told NBC 5 that police were summoned to the scene to clear onlookers trying to catch a glimpse of the crash from an adjacent roadway. Cook said that a Lockheed jet malfunctioned, forcing the pilot to eject. Cook also said the pilot’s parachute and seat could be seen near the jet.

Video shows the Lockheed F-35B fighter jet attempting a helicopter-like vertical landing—which it is designed to do—before bouncing off the ground and snapping the front landing gear.

Cook did not provide NBC 5 with any information about the condition of the pilot. Lockheed Martin confirmed the crash to NBC 5 but stopped short of offering further information.

“We are aware of the F-35B crash on the shared runway at Naval Air Station Joint Reserve Base in Fort Worth and understand that the pilot ejected successfully,” a Lockheed Martin spokesperson told NBC 5 in a statement. “Safety is our priority, and we will follow appropriate investigation protocol,” the Lockheed spokesperson continued.