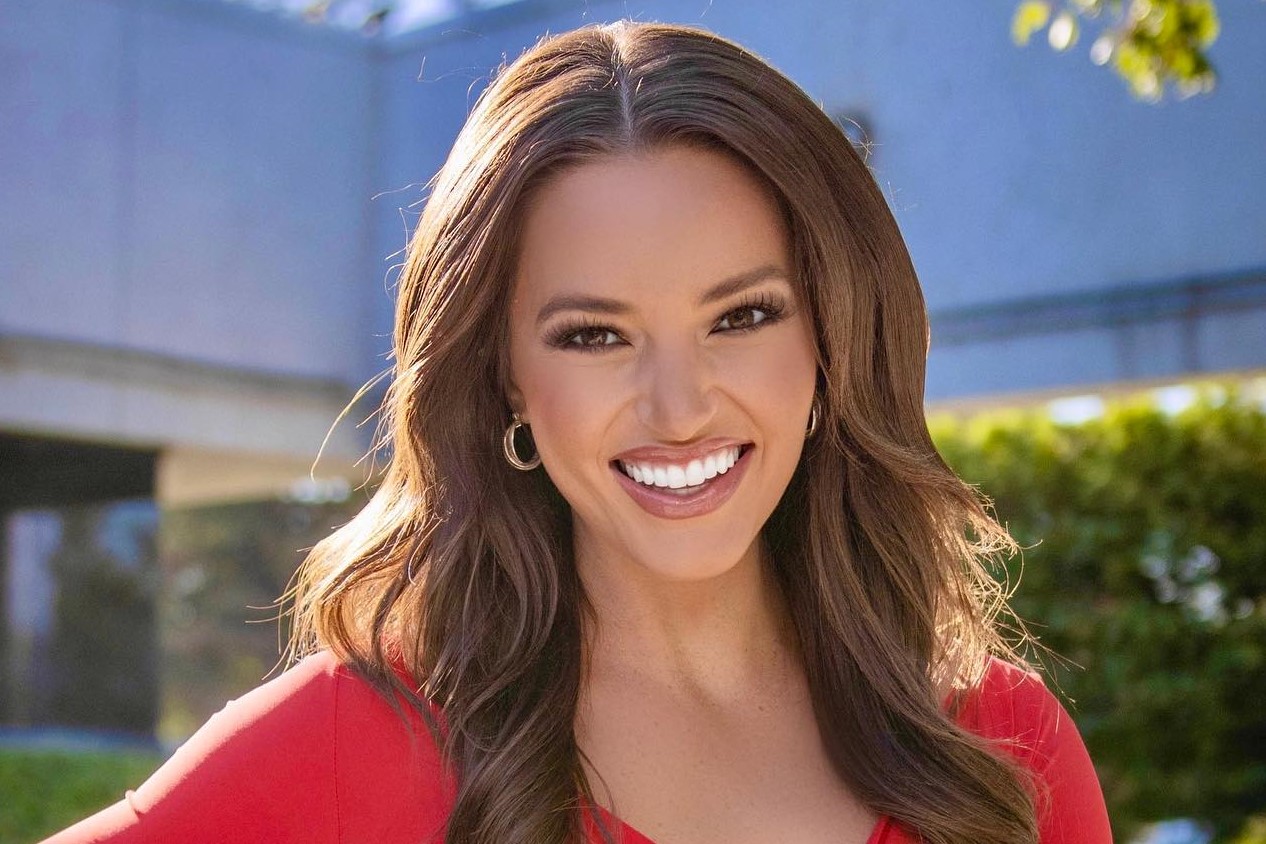 A new face will soon be appearing in Houston’s nightly newscasts. After nearly three years as a morning anchor at KSEE 24 News in Fresno, Calif., Caroline Collins announced Monday that she is joining FOX 26 Houston (KRIV) where she will be anchoring weekday evening newscasts beginning in December.

“I am thrilled to be joining a team of such accomplished anchors, reporters and producers!” Collins wrote in Facebook post, which included a photo she took outside of the FOX 26 headquarters. “I’m looking forward to delivering the important stories impacting the diverse communities in Houston.” The 29-year-old added that she is also looking out for restaurant and golf course recommendations before her big move. “I know the food and golf scene is AWESOME there!”

A Pennsylvania native, Collins is a graduate of Point Park University in Pittsburgh and holds a bachelor’s degree in broadcasting as well as a Master of Arts in communication technology, with a concentration in social media, according to TVNewsCheck.com. She launched her career in broadcasting at WJET-WFXP in Erie, Pa. where she was a general assignment reporter, fill-in anchor and producer. Collins also served as a co-host on national golf show, The Swing Clinic, which aired on Fox Sports. Before her time at KSEE, Collins was a weekend evening anchor and multi-media journalist at WFMJ in Youngstown, Ohio.

Collins is also known for her social media presence. With over 1.3 million followers and 26 million likes on TikTok, the 29-year-old gives fans a look at what it’s like to be a morning TV anchor and showcases her daily morning hair and makeup regimen at her newsroom desk.

Fox 26 News Director Susan Schiller told TVNewsCheck.com: “In this fast-paced world of digital platforms and on-air broadcasting, Caroline’s strong journalistic skills and ability to reach and serve our viewers on whatever platforms they consume news and information will be an asset to our audience.”

It’s not clear when exactly Collins will appear on screen but she said she has one more week left in Fresno, pinning Nov. 30 as her last day on air. Houstonians are already rolling out the welcome wagon for the anchor. One person commented under Collins’ announcement: “I am a native Houstonian and have been following you for a while. So excited you’re coming to this great city. Can’t wait. Welcome to Houston.” Another wrote: “Congrats!! I recently discovered your TikTok and am from Houston and work downtown! So happy to hear this and hope you love the city!”

Collins’ move comes as two of Houston’s most beloved anchors recently announced their departures, including KPRC2’s Christine Noël who will soon be moving to Colorado.