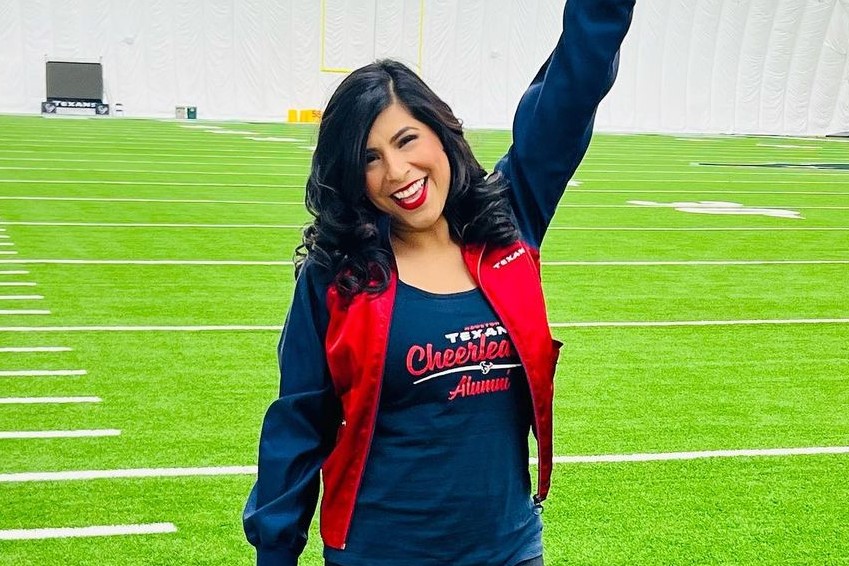 Looks like KPRC 2 reporter Cathy Hernandez still has the moves as her brief return to the Houston Texans cheerleaders over the weekend appears to have gone well. The longtime reporter took to social media on Monday to reflect on her special alumni performance at NRG Stadium during the Houston Texans game against the Kansas City Chief on Sunday in honor of the cheerleading team’s 20th season.

Hernandez shared photos and clips from the performance, writing: “YASSS!! I survived, uninjured and had a BLAST dancing alongside the @texanscheerleaders and Alumni! So thankful for the unforgettable experience! It was just as much fun dancing on the field now as it was years ago!! Happy 20th anniversary HTC!”

Some of her colleagues from KPRC and other local reporters cheered her on in the comments. “Way to go!” wrote ABC 13 morning anchor Rita Garcia. “Yesssss! So fabulous!” commented KPRC reporter Brittany Jeffers.

A KPRC 2 reporter will be at the Houston Texans match against the Kansas City Chiefs on Sunday inside NRG Stadium. However, she won’t be there to report: she’ll be hitting the field and performing alongside the Houston Texans cheerleaders.

Longtime KPRC reporter Cathy Hernandez, who was previously a member of the NFL cheer squad, made the announcement on social media Thursday evening, writing: “OMG Y’ALL! It’s been a LONG time, but I’m dusting off my poms and hitting the field at NRG this Sunday for the Houston Texans cheerleader alumni performance!! Wish me luck!! I hope I don’t pull a hammy!”

Hernandez will be joining other Texans cheerleader alumni in honor of the team’s 20th season on Sunday. A self-proclaimed “sports fanatic,” Hernandez was born and raised in Houston. She graduated from Galena Park High School and received a bachelor’s degree in broadcast journalism from the University of Houston.

While attending UH, Hernandez was a part of the Cougar Dolls Dance Team and after obtaining her degree, she started her career in TV news at KPRC 2 as well as cheerleading for the Texans. She went on to work at KTSM-TV in El Paso and KDVR in Denver before she returned to KPRC 2 in 2015, where she has remained since.

Fans and colleagues of Hernandez took to the comments section on Facebook and Instagram to express their excitement for her cheerleading return. “This is so awesome! You haven’t changed a bit!” wrote KPRC 2 investigator Amy Davis. “Omg CATHY!!!! You are a hottie!!! Go get ‘‘em girl you’re gonna kill it!!!” commented KPRC 2 anchor Sofía Ojeda.

Some were also surprised by the news as they were not aware of Hernandez’s time with the Texans cheerleaders. “I had no idea! You look just the same! Best of luck! Don’t forget to stretch,” one person commented. “No wonder you are so bubbly and good at your job!” wrote another.

You can catch Hernandez in action at the Houston Texans vs. Kansas City Chiefs game, which kicks off at noon on Sunday.

By Saad SEOJanuary 2, 2023NewsLeave a Comment on KPRC 2 reporter joined Houston Texans cheerleaders on the field