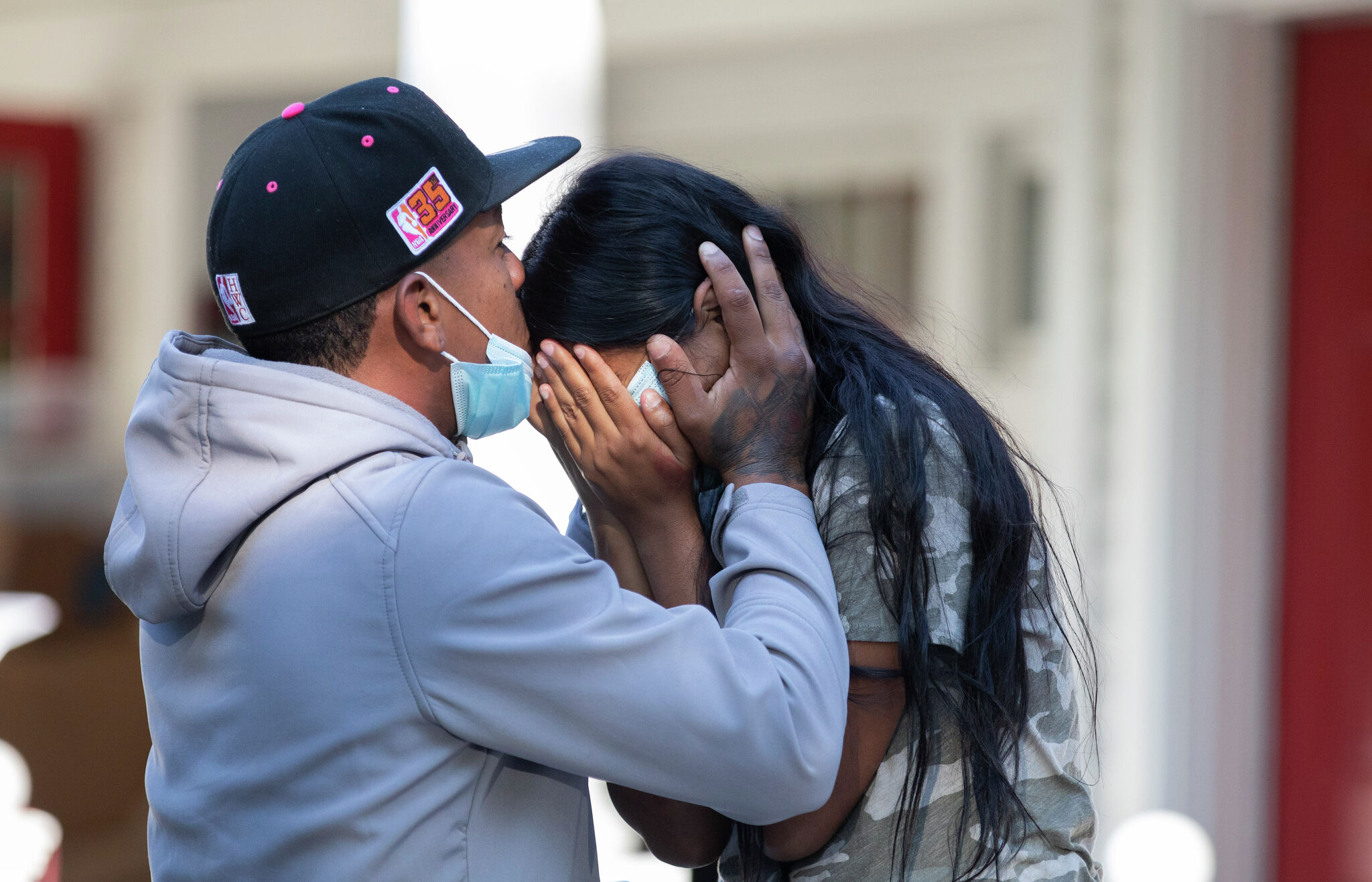 A U.S. Army counter-intelligence officer named Huerta Huerta was the on-the-ground operative in San Antonio, Texas coordinating Florida Gov. Ron DeSantis’ migrant flights to various locations across the U.S., according to a new report from the Miami Herald.

Huerta allegedly recruited a migrant named Emmanuel (who did not reveal his last name) from a group of tents behind a San Antonio McDonald’s near the city’s main shelter for incoming migrants. According to the Herald’s reporting, Huerta paid Emmanuel in cash to recruit fellow migrants to get on the planes chartered by Florida Gov. Ron DeSantis to fly out of San Antonio to Democratic strongholds in various parts of the U.S.

Emmanuel is now working with the Organized Crime Unit of the Bexar County Sheriff’s Office as part of its ongoing investigation into the Florida governor’s operation.

Huerta first approached Emmanuel behind the McDonald’s bearing four pallets of water that were split amongst the group of migrants living there. They used some of the water to shower and drank the rest. Emmanuel told the Herald reporters that his interaction with Huerta was one of the first positive encounters he had in the U.S.

Emmanuel decided to help Huerta recruit the 50 people she said she needed to fill a set of planes flying to sanctuary states that would offer migrants a chance. “I wanted that—to help the people who didn’t have anywhere to go, go to a place where people would take them in,” Emmanuel said.

Huerta’s path to the stand of tents behind that San Antonio McDonald’s ran through a private military contractor called Vertol, where Huerta went to work after 20 years with the Army.

Documents obtained by the Herald show that Vertol sent a slew of recruiters, who often worked in pairs, to convince Texas migrants to jump on the DeSantis-chartered flights so they could get jobs, housing and education in so-called “sanctuary” cities and states across the U.S. The operation was paid for with $1.5 million in Florida taxpayers’ money, according to the report.

After flights landed in Martha’s Vineyard, Emmanuel learned that the promises Huerta made—and that he passed to people living with him in the tents—were empty.

“People were supposed to arrive receiving their benefits: a house, a job, something. Rather, nobody knew they were arriving, and that surprised me,” Emmanuel told Herald reporters.

The Bexar County County Sheriff’s Office launched a criminal investigation into the flights on Sep. 19. The office has since issued official certifications that the migrants sent to Martha’s Vineyard were victims of unlawful restraint. The certifications open a lane for all 49 migrants who flew on DeSantis-chartered flights out of San Antonio to obtain special visas that would allow them to stay in the U.S.

By Saad SEONovember 14, 2022NewsLeave a Comment on How an ex-Army officer recruited migrants for San Antonio flights