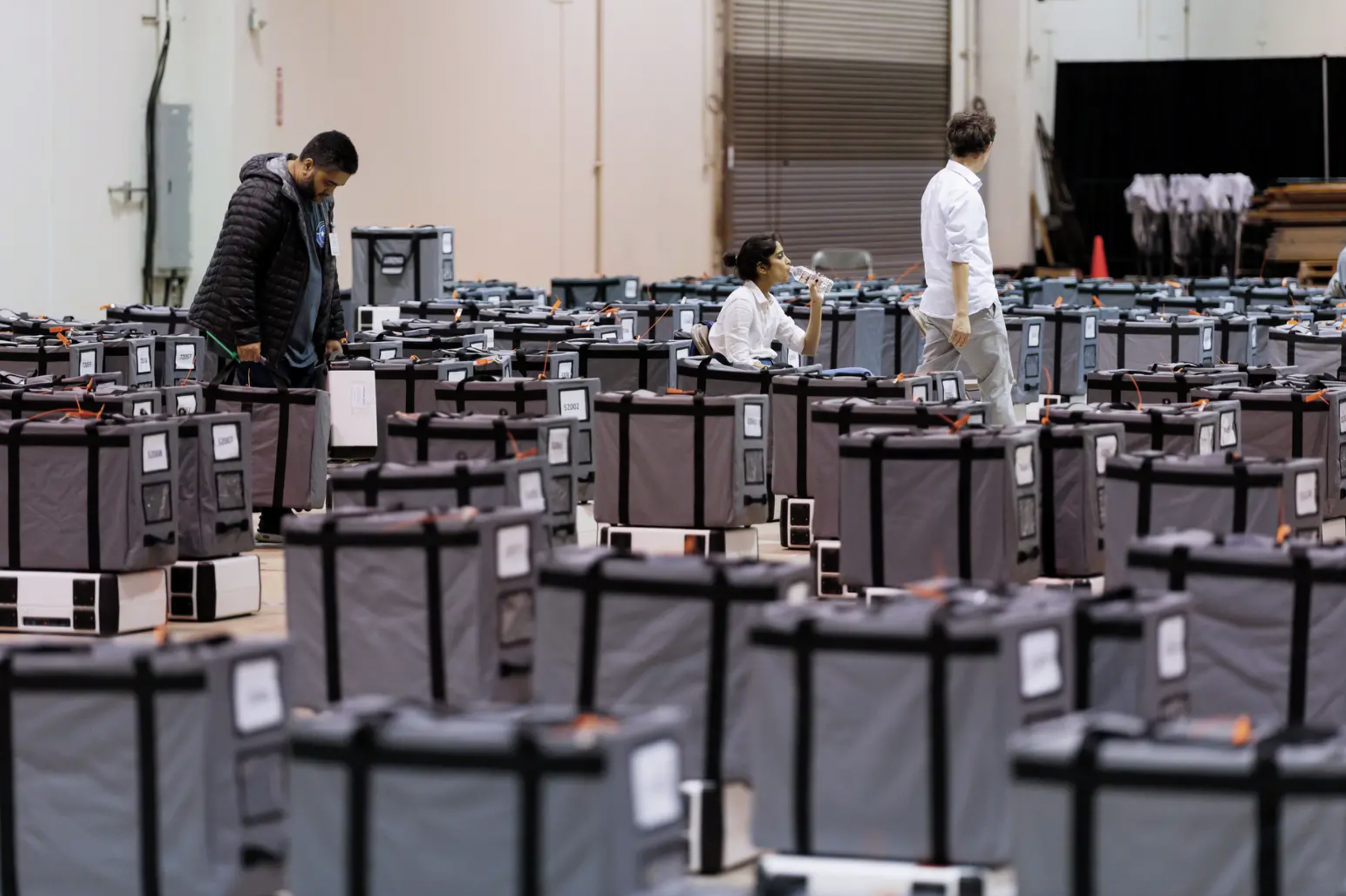 But nearly two weeks later, as officials struggle to defend the county’s election from a barrage of criticism and litigation, the county still can’t describe how pervasive the problems were at its 782 polling places and whether any were severe enough to prevent people from voting.

Even now, election staffers are continuing to call each of the more than 700 election judges who worked each polling site to find out exactly how many locations opened late, how many ran out of paper, and how many had issues with voting machines. An investigation by the county’s district attorney launched earlier this week alleges at least 23 polling locations had paper ballot shortages.

Harris is unusual among large Texas counties in not having an effective system for logging its polling place problems. Others have an easier, faster way to gather that data that doesn’t require calling hundreds of people individually and taking down notes. Instead, election software troubleshooting tools, used these days by many election directors across the nation, can help monitor and keep track of every single issue reported at polling sites. These tools have features that alert officials of the issue in detail and provide status updates of the resolution in real time.

Cliff Tatum, the newly hired Harris County elections administrator, on Tuesday told county commissioners that he is “in dire need” of that kind of software, together with the money to purchase it. Election administrators in Dallas and Tarrant counties use a sophisticated troubleshooting tracking system, which they say is essential to their operation and costs between $30,000 and $40,000 a year.

Some of the issues Harris County faced, such as late polling site openings and paper ballot shortages, are normal and happen to varying degrees in every election. But without the tools needed to gather details about each problem, experts say, it’ll be difficult to determine the full scope of the issues in the county. It also makes it difficult for election officials to respond to problems efficiently and to explain what happened to the public.

“Especially when people start making accusations about impact, [the software] can help give context and perspective to problems that can get blown out pretty quickly,” said Jennifer Morrell, co-founder of the Elections Group.

Harris County continues to face an onslaught of political and bipartisan criticism, litigation, and investigations. Officials have been unable to rebut accusations because they don’t have enough information about exactly what went wrong. The longer election officials go without providing answers to leadership and the public, the angrier people have become.

Harris County’s current troubleshooting and communication system has a call center taking in reports of issues from polling sites and from voters. And more than 160 technicians are tasked with going out to address problems. But Tatum says “there is no real visibility” for him into the troubleshooting timelines and their status outside of his headquarters. Each time his staff received a call reporting an issue, he was not able to track how long it took a technician to respond, whether the issue was resolved, how long the problem took to fix, or how much time it took a technician to go from one location to the next in a county that spans 1,700-square-miles. “Those are critically important questions that you’re going to ask me, that based on the current systems that I have, I cannot answer,” he said to county leaders.

This kind of software is offered by a variety of election vendors nationwide. Some jurisdictions build their own version of it to meet their needs with the help of IT departments. They’re increasingly becoming an indispensable part of the “elections control room” for election administrators in large counties, Morrell said.

For example, the operator of a nuclear facility is going to want visibility on all the components of their operation that they don’t have eyesight on. And this is true, too, for election officials, she said. They prepare for the election, they send the people, the voting equipment, and the ballots out to voting sites. “And then they’re no longer under your control and your visibility. So if there’s a problem and you don’t know about it, by the time you do, then it’s already too late. It’s already blown up,” Morrell said.

In Dallas County, elections administrator Michael Scarpello said the department has used a troubleshooting system called AskED Helpdesk since 2012. His office has response teams assigned to specific tasks: one for election hardware issues, one for poll worker issues, and another that responds to election procedure issues. He said this system has helped his team respond to issues at polling sites quickly and before “they become problematic.”

“It’s like on a plane, you don’t really see what’s outside the cabin, you’re flying with instruments telling you what is like outside, what the temperature is. And these are your instruments,” Garcia said.

His department uses software by the poll worker management company Tenex. It features a map of wait times at polling locations, with a color-coded system to show where the lines are short or long, and live updates of incident reports. On Election Day the system helped Garcia be prepared to answer questions from political party chairs about polling place problems. He could tell them whether a technician was on their way to the site and how long it would take to get resolved.

On Election Day, Harris County was court ordered to extend voting until 8 p.m. A lawsuit by voting rights advocacy groups cited about a dozen locations that opened late  and that were closed for some time due to issues with voting machines. Another lawsuit, by the county’s Republican Party, claims the shortage of ballot paper “disfranchised” an unspecified number of voters. Texas Gov. Greg Abbott called for an investigation of the elections operation due to potential “malfeasance.”

The accusations also fueled dozens of members of the public who criticized the county Tuesday during the commissioner’s court meeting, with some calling for Tatum’s resignation. Others said the elections administration department wasn’t working and asked county leaders to turn election duties back to the county clerk and the tax assessor’s office, which oversaw elections until 2020.

Tatum defended his election plan but identified the areas he knows must improve. This included hiring more people for his despartment. During an October elections commission meeting, Tatum told the commission his staff needed to fill 12 full time positions.

Tatum said he plans to do an analysis of the number of vote centers operating in the county to “determine how to logistically serve” that number.

He reminded the court and the public that “friends, neighbors and volunteers” run the election and that there’s no “malfeasance and no ill intent.”

Tatum told county leaders Tuesday that he plans to deliver a full report with details of the Election Day problems to the county elections commission. But as of Thursday, the staff was still calling election judges and assessing how and where things went wrong. When the promised report would be released was still undetermined, Harris County election administration spokesperson Leah Shah said.

Natalia Contreras is a reporter with Votebeat in partnership with the Texas Tribune. Contact Natalia at ncontreras@votebeat.org.

By Saad SEODecember 6, 2022NewsLeave a Comment on Here’s why we still don’t know what went wrong in Harris County on Election Day