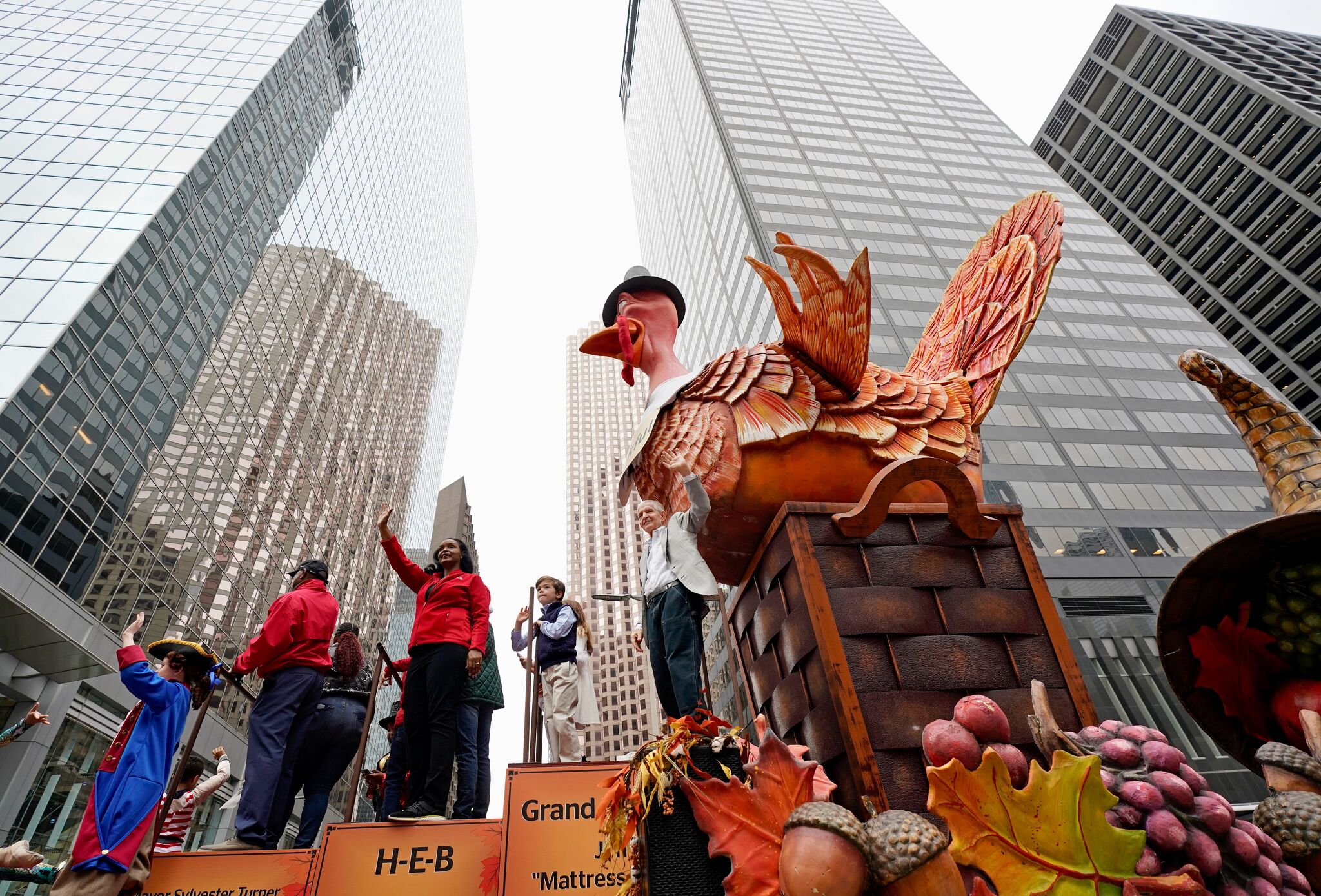 Houston’s longstanding holiday tradition is back after a two-year hiatus as the 73rd H-E-B Thanksgiving Day Parade is set to take place tomorrow. This is what you’ll need to know if you want to join in the fun.

The first question—will it actually happen? The event was canceled in 2020 because of the pandemic, but last year it didn’t take place because of “inclement weather.” And the forecast for tomorrow calls for rain.

But for now, parade organizers say that the show will go on as long as it’s safe, according to H-E-B Houston senior director of public affairs Lisa Helfman.

“We hope that the weather turns around or that rain just holds off until right after the parade,” she told Houston Public Media on Monday. “The only way we’ll cancel it is if there’s lightning.”

The city may see some rain in the morning, according to Space City Weather’s Eric Berger, but while there are likely to be Thanksgiving thunderstorms, they will probably gather in the afternoon.

As far as the schedule, the procession starts at 9 a.m. Thursday morning, with rapper and executive producer Curtis “50 Cent” Jackson as the parade’s Grand Marshall. It will also feature appearances from Houston Mayor Sylvester Turner, Rapper and Houston legend Bun B, Santa Claus, and other local Houston groups.

The parade is also set to feature high-flying balloons, 14 floats, and performances from various Houston groups, including the University of Houston Marching Band and Crockett Elementary’s 2xclusive Performing Arts Group.

As far as where to go, the parade will start on Lamar and Smith streets in Downtown Houston and finish on Dallas Street, according to the Houston Police Department. Some streets in the area, including McKinney, Lamar, Bagby, Smith, and Louisiana, are closed now for stage floats.

Other roads, including Milam, Walker, and Pease are also closed for the parade’s 20-block route.

The parade is free for all attendees, but seat tickets are available for purchase starting at $28. Metered street parking and paid lots are available in the city but are expected to fill up fast. The MetroRail line is available as well.

Don’t want to make the trek? The event will be livestreamed on KHOU.

By Saad SEONovember 26, 2022NewsLeave a Comment on Going to Houston’s Thanksgiving Parade? Here’s what to know.