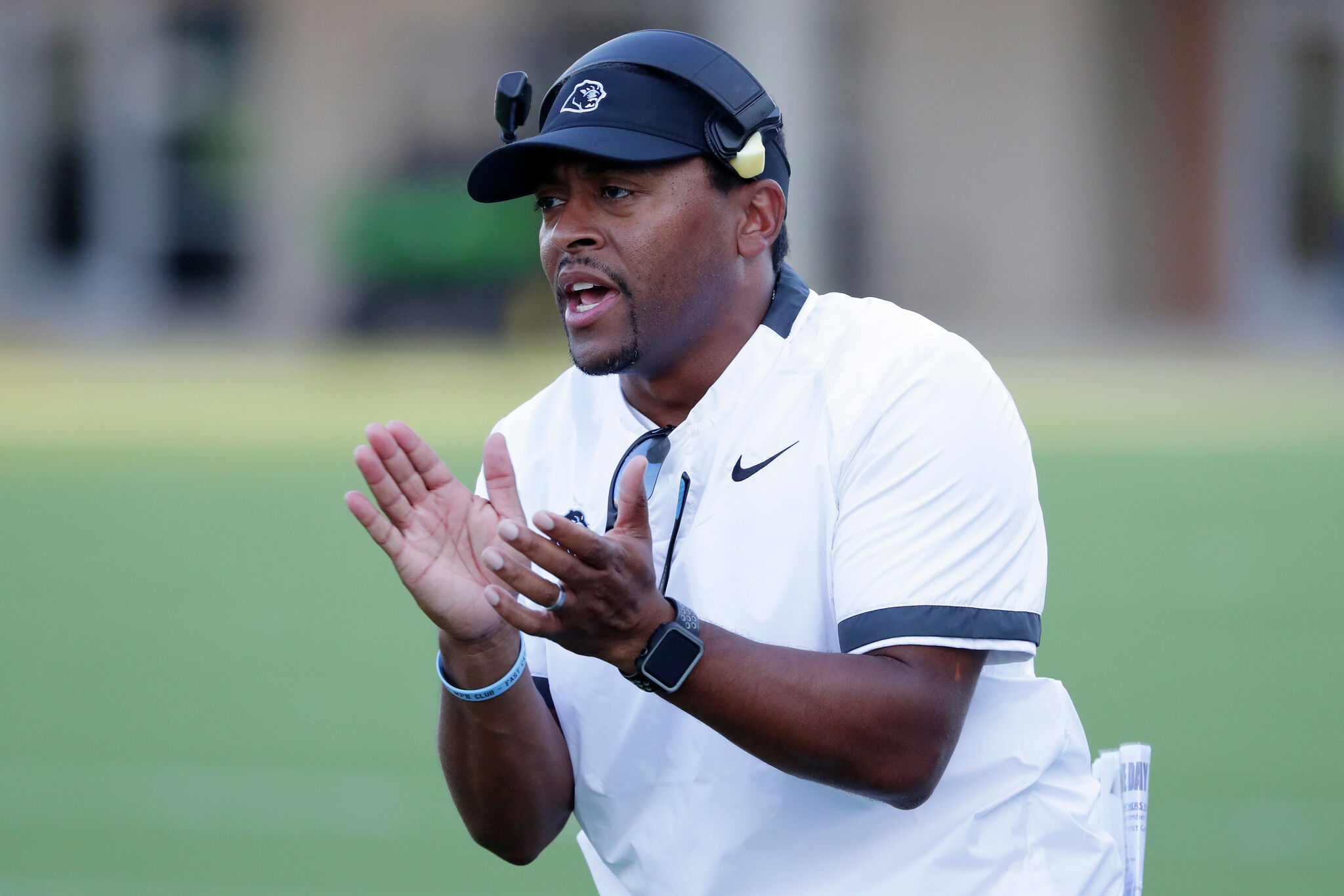 A former high school football coach is facing criminal charges for alleged sexual touching and inappropriate relationships with female students at Paetow High School in Katy. Court documents allege Lonnie Teagle, 39, who stepped down from his head coaching role in October amid allegations of impropriety, inappropriately touched and fondled a number of students during his short tenure at the school

Initial reports after Teagle’s abrupt resignation in October featured sparse details about his alleged behavior. Students did come forward anonymously shortly after he left the school, but neither Katy ISD nor Harris County officials revealed the specific nature of the allegations against him.

In the recent charges, according to Harris County District Court records, Teagle stands accused of spanking two female students and fondling and making inappropriate comments to at least three other female students. Court records also reveal he was accused of improprieties at a Dallas-area school where he was previously employed.

The former coach has been charged with “improper relationship with a student” and “indecency with a child sexual contact,” both felonies.

Records show that Teagle was charged on Nov. 14 and made bond after appearing in court on Monday.

“When made aware of any allegation concerning a staff member, the individual is immediately removed from their assignment(s), while district personnel work swiftly with law enforcement and other agencies to conduct a thorough investigation to ensure the safety and well-being of all students,” a Katy ISD spokesperson said in a statement.

Teagle started as Paetow High School’s head football coach after the team won the Class 5A Division I state championship last December and moved up a division to Class 6A. Teagle took over at Paetow after two successful years as the offensive coordinator for Billy Ryan High School in Denton.

At his Denton post, Teagle’s behavior also prompted complaints from students: according to police, students at Billy Ryan High School made complaints after Teagle allegedly complimented a student’s breasts and asked female students for back rubs.

District officials did not respond to Chron’s question about whether the district knew about the allegations made against Teagle in Denton.